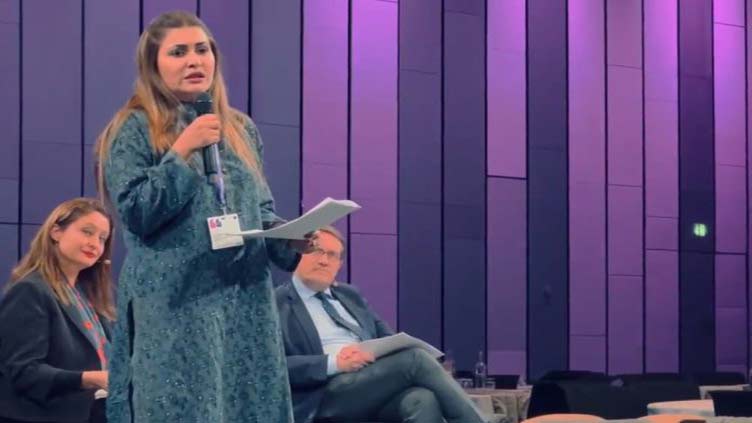 ISLAMABAD (Dunya News) – Shazia Marri, Federal Minister for Poverty Alleviation and Social Security and Chairperson of the Benazir Income Support Program (BISP), said on Wednesday that empowering women was among the top priorities in the Pakistan.

She was addressing the fifth annual Reykjavík Global Forum on Women’s Leadership in Iceland. Federal Minister Shazia Marri is representing Pakistan at the fifth annual Reykjavík Global Women’s Leadership Forum with MP Shaista Pervaiz. In her speech, Shazia Marri said she was from a flood-hit district in Sindh province and pointed out that she and five other female ministers were in the Federal Cabinet of Pakistan, reflecting empowerment of women in Pakistan.

The minister informed the forum that she was from a country that was facing unprecedented flooding due to historic rains that Pakistan had never experienced before. She pointed out that 33 million people had been displaced due to the floods, more than the total population of many countries in the world.

She pointed out that there were around 650,000 pregnant women among those who needed maternal services while four million children were also suffering from the calamity. “I am also Federal Minister for Poverty Alleviation and Social Security”, she continued and added “I am proud to lead Pakistan’s most successful social welfare program which is called Benazir Income Support Program (BISP)”.

The minister informed the forum that the BISP covered about 8 million Pakistani families who were the poorest of the poor, and that the Pakistani government was providing targeted cash assistance to those needy families for a better life.
Shazia Marri also cited two other programs, one dealing with nutrition and the other with education. “We are trying to encourage nutrition and education through BISP,” she concluded.

MOL adheres to the Seven UN Principles on Women’s Empowerment

The Ministry of Labor signs the “Women’s Empowerment Principles (WEP)”